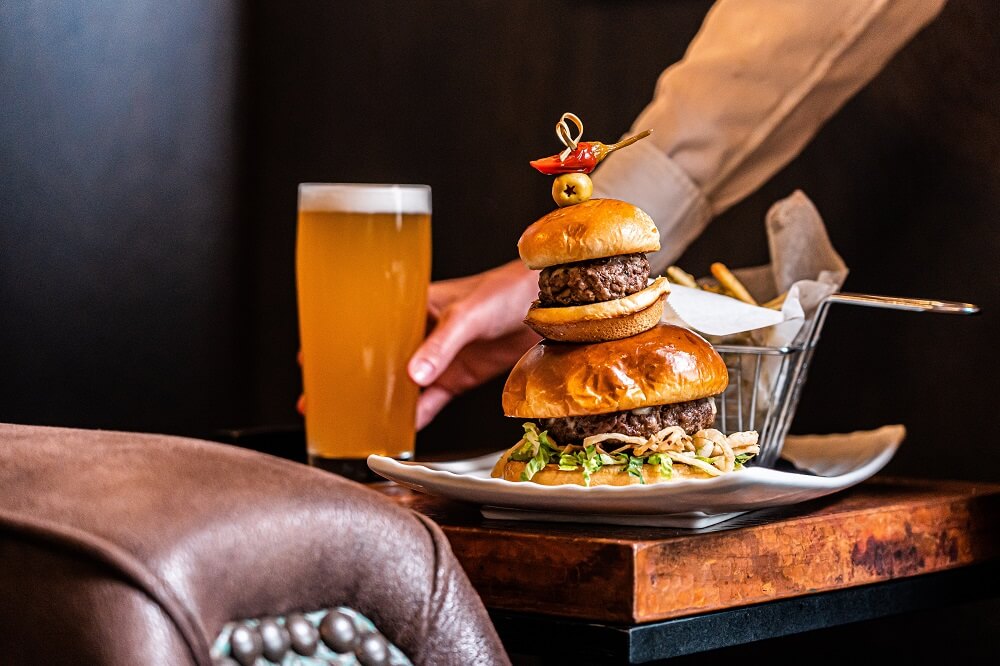 It turns out that 2021 was the year for the Australian food & beverage sector to take trade mark cases to the Full Federal Court.  In this article, we review three of these cases and highlight learnings not only for businesses operating in this highly competitive, fast-moving sector, but lessons relevant to brand owners more broadly.

Background to the cases

In the second case, Hashtag Burgers Pty Ltd v In-N-Out Burgers, Inc (2020) 385 ALR 514 (INO Case), In-N-Out Burgers (INO) sued Hashtag Burgers and its two directors (together, the Appellants) for trade mark infringement, misleading or deceptive conduct and passing off.  Although INO does not have physical operations in Australia, being based in the US where it operates over 300 restaurants, it periodically showcased its business in Australia with “pop-up” events selling food and merchandise and had two registered trade marks.  In June 2015, the directors of Hashtag Burgers (then not incorporated) requested that a graphic designer create a logo “like In n Out burger” and emailed to him a copy of the INO logo, which resulted in a very similar logo being created.  The Appellants then embarked on a series of promotional campaigns with the newly created logo and promoted their business in a way that had a number of similarities with INO and its offerings, including operating the restaurants under the name “Down-N-Out”.  The primary judge found against the Appellants on all aspects of trade mark infringement, misleading or deceptive conduct and passing off.  The issue relevant to the appeal was whether the two directors were liable as joint tortfeasors for trade mark infringement and passing off.  The third case, PDP Capital Pty Ltd v Grasshopper Ventures Pty Ltd (2021) 391 ALR 608 (PDP Case), involved two manufacturers of dessert products. PDP sold a range of chilled dairy desserts foods in Australia under the following registered trade marks

Grasshopper, being an IP holding company, authorised the use of the following marks to various entities in its corporate group:

in respect of waffle dippers and dessert sauces.  PDP commenced proceedings against Grasshopper for infringement of the Wicked Sister Marks by reason of Grasshopper’s use of the New Wicked Mark (as well as for misleading or deceptive conduct and passing off).  The primary judge dismissed PDP’s infringement claim, which was one of the relevant issues on appeal.

Lesson 1: Select a trade mark that is sufficiently distinctive, having regard to all characteristics and connotations of a product

When selecting a brand name, there is a temptation to adopt words that describe or evoke characteristics of a product, particularly with regard to FMCG goods where consumers are more likely to make impulsive or quick purchasing decisions.  However, in doing so, there is a risk that brands will not be able to benefit from trade mark protection, or will have their mark cancelled, if deemed to be too descriptive.

The latter was demonstrated in the Urban Alley Case.  One of the issues on appeal was whether URBAN ALE was not to any extent inherently adapted to distinguish Urban Ale’s beer products from those of other traders and therefore whether the trade mark should remain cancelled.  The Full Court concluded that the primary judge’s finding on distinctiveness was not in error and supported the view that “urban” had connotations of being “cool, trendy or fashionable”.  However, the Court noted that descriptive characteristics or profiles of beer are not limited to style and favour – they could be descriptive of the location where the beer is brewed, which in this case, was in an inner-city brewery.

This suggests that brand owners should consider the potential connotations or descriptiveness of a proposed mark in a very broad sense when selecting a brand name or trade mark.

The principles of deceptive similarity to prior marks are well-established, however the above cases demonstrate the application of some important considerations.

In the Urban Alley Case, the second ground of cancellation before the Full Court was whether “URBAN ALE” was deceptively similar to a prior mark, “URBAN BREWING COMPANY” (owned by a company not party to the proceedings) (Urban Brewing TM).  While their Honours did not overturn the primary judge’s finding that the respective marks were deceptively similar, they commented that it is impermissible to dissect the marks to emphasise their disparate elements and then compare those disparate elements in order to reach a conclusion on deceptive similarity.  The Full Court held that this approach disregards the importance of synergy of all elements of a trade mark.

Similarly, in the PDP Case, although the Full Court did not overturn the primary judge’s findings in relation to deceptive similarity or infringement, their Honours did acknowledge that it was not appropriate for the primary judge to descend into fine detail about the actual uses of the Wicked Sister Marks, however the circumstances in which the products were sold/traded was a relevant factor.

Thus, considering the marks overall and the context in which they will be used are two factors a Court will consider in assessing deceptive similarity – but the weight placed on these factors is something on which reasonable minds can differ.  It would, however, be prudent for brand owners to conduct clearance searches to ensure the risk of prior marks being cited or oppositions arising are made clear sooner rather than later.

Lesson 3: Carefully consider the parties being sued for infringement

In the PDP Case, the threshold issue for the Full Court to determine was whether Grasshopper had infringed the Wicked Sister Marks by authorising other companies in its corporate group to use the New Wicked Mark.  While the Australian Trade Marks Act 1995 (Cth) recognises that “use of a trade mark” can include authorised use, the test for infringement under the Act refers to a person “using” a trade mark.  The Full Court confirmed that there is no statutory liability for infringement by authorisation, i.e., an IP holding company that merely authorises use of a mark cannot be subject to liability for direct infringement.  This contrasts with the position under the Australian Copyright Act and Patents Act that specifically provide for infringement by authorisation.

For unexplored reasons, PDP did not allege joint tortfeasorship in the above case whereas this was the issue on which INO cross-appealed in the INO case.  INO argued that the primary judge ought to have found the directors liable as joint tortfeasors, which the Full Court upheld.  In doing so, the key consideration was that on the evidence, there was no significant difference between the way that the two individuals operated the business before incorporation and the way in which they operated it through the corporate vehicle after it was formed.

These cases highlight the importance of conducting primary due diligence on potential infringers/opponents prior to commencing proceedings.  If one party is a small business, the personal involvement of directors is likely to come under scrutiny.

Lesson 4: When it comes to brand strategy, think one step ahead

Thinking beyond the immediate case is important.  By way of example, during the course of the Urban Alley Case, La Sirène managed to get two alternative trade marks registered (still containing the word URBAN PALE) which were unopposed by Urban Alley.  La Sirène could therefore rely on use of a registered mark as a defence to infringement (although this was not an issue on appeal).  This is a strategy worth considering if your business is defending claims of trade mark infringement.