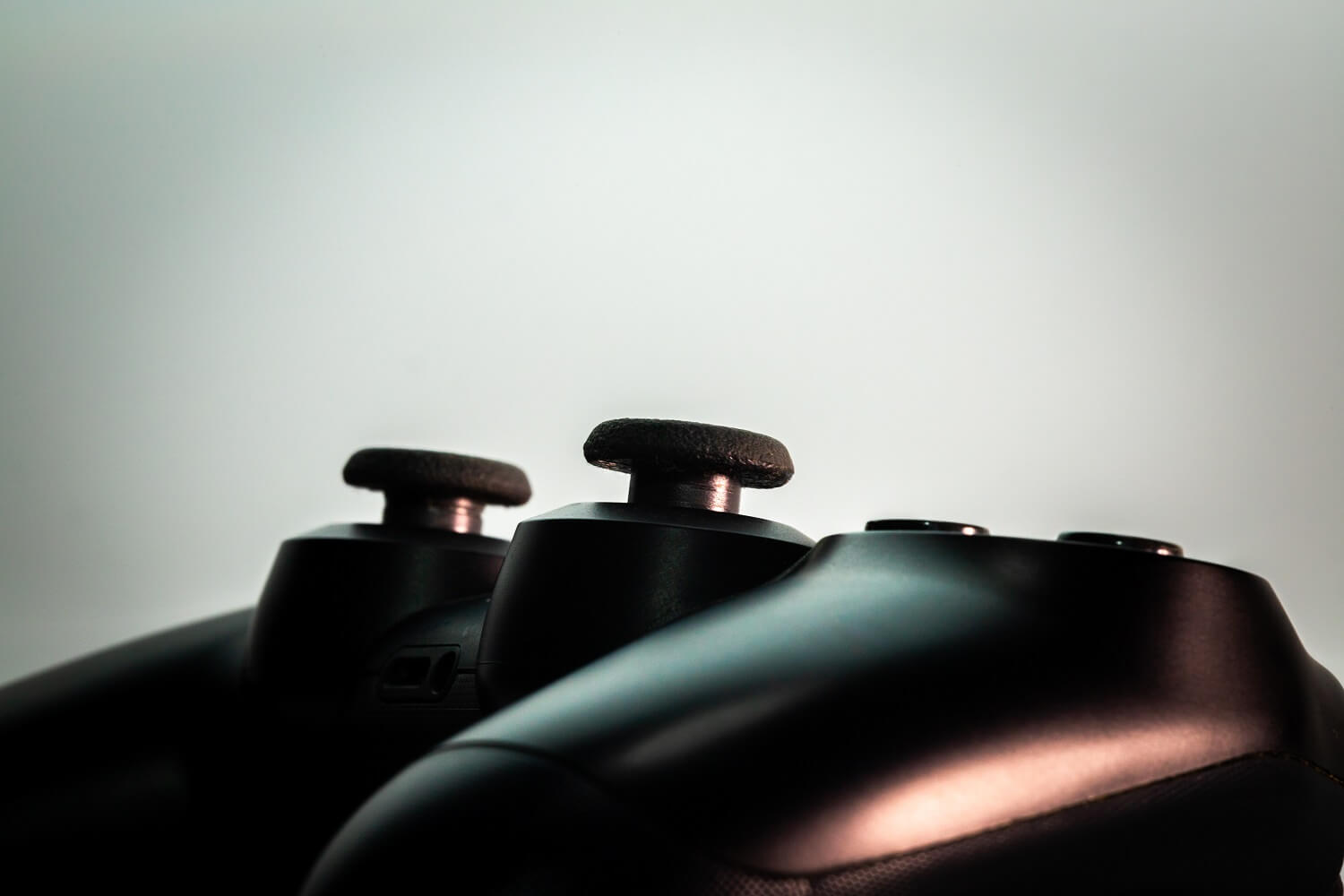 Copyright of streamers on Twitch and its relationship with traditional media

This article aims to resolve the question of whether, and under what circumstances, it is possible to extract and disseminate in other media the content generated on Twitch under Spanish law.

Spain’s youth no longer watch television as much as they used to. This habitual change could be attributed to online platforms such as Twitch, through which consumers can view, comment on, and share content (“User-Generated Content platforms”) from the streams broadcasted from the platform’s channels.

Although it began as a platform for broadcasting video game’s gameplays, today, thanks to streamers, or content creators (users who contribute content to the platform through their channels), the platform offers a wide range of content in line with the concerns of the audience, such as chats with viewers, podcasts, and sporting events.

Spanish traditional media outlets, such as television broadcasters, are trying to move into the world of streaming and it is becoming less unusual to turn on the midday news and see a Twitch broadcast being reported. However,  assuming that content on Twitch is protected by copyright and when a streamer broadcasts on Twitch it is communicating its work to the public and, where appropriate, making this work available to the public work, copyright issues will arise where traditional media outlets report on and broadcast content from Twitch.

Does Twitch place any limitations on the streamers’ copyrights?

Twitch’s terms of service (version updated as of 9 November 2022) do not impose limitations on the copyrights of streamers but do allow the platform to have control over the content that is broadcast on the platform. Therefore, if a Twitch user – whether a streamer or viewer – or any third party wanted to exploit the content of a stream outside the platform and without personal or internal commercial use, they would have to negotiate a licence with the streamer, copyright holder, or with Twitch, as a non-exclusive licensee, but with the entitlement to grant sub-licences.

Twitch acknowledges that each streamer, in accordance with the applicable copyright regulations, is the copyright holder of the content they broadcast on the platform (clause 10 of the terms of service). In this regard, Royal Legislative Decree 1/1996 of 12 April 1996, which approves the revised text of the Spanish Intellectual Property Act, regularising, clarifying and harmonising the current legal provisions on the subject (hereinafter, the “TRLPI“), is the legislation applicable to a Spanish streamer and which determines the content and scope of their copyrights.

However, a streamer starting out on Twitch should note that, unless otherwise agreed, when agreeing to the terms of service, by virtue of clause 8 they will grant Twitch, and its sub-licensees, a licence to exploit the copyrights over the content of their streams for the duration of the right in question. The territorial scope will be worldwide, and, in addition, it is an irrevocable, fully sub-licensable, non-exclusive, royalty-free licence to exploit in any medium and in any form whatsoever the content of its streams.

This results in a breeding ground for situations in which the copyright holder could be uncertain about whether they can sue a potential infringer as the licence that the streamer grants to Twitch is sublicensable without limit. This means that Twitch can grant licences to third parties without requiring the streamer‘s consent; which may lead a streamer who wants to have full control over their content to consider renegotiating their contract with the platform.

In short, as a prior step to filing a lawsuit for infringement, the most prudent thing to do is for the copyright holder to ensure that the alleged infringer does not have authorisation to broadcast the content through a licensing agreement granted by Twitch. To this end, one legal tool could be to request, prior to the filing of the lawsuit, the practice of preliminary proceedings, regulated in Articles 256 et seq. of The Spanish Act 1/2000, of 7 January, on Civil Proceedings.

Applicability of the Spanish copyright exceptions

The next thing to analyse would be the possible applicability of any exception that legitimises the extraction and dissemination of the content broadcasted on Twitch outside the platform and, in particular, by traditional media (hereinafter, the “Conduct“). However, even if such conduct fell within the scope of an exception, it would also be necessary to analyse whether it complied with the three-step rule under art. 40 bis TRLPI.

In the first instance, it is worth considering under what circumstances the limits of quotation and/or works published by the press would be applicable to the Conduct. Both exceptions have their own particularities and interpretative difficulties given the lack of specificity of some of their indeterminate legal concepts. However, what they have in common is that for them to apply it is necessary to refer to the source and the author.

Article 32.1 TRLPI allows the quotation of an audio-visual work provided that fragments of it are used for criticism or review for teaching or research purposes. Accordingly, the purpose of the work quoted is irrelevant, and works related to entertainment, sport, information, etc. may be quoted for the aforementioned purposes.

Both purposes to which the exception refers, teaching or research purposes, require a certain intellectual effort to develop an idea in order to reach a conclusion, which makes it difficult to consider it a lawful quotation to reproduce the content of a stream solely for the purpose of reporting on an event that has taken place in the broadcast.

On the other hand, an example of a conduct that could be considered a lawful quotation could be an audio-visual report whose purpose is to investigate new forms of communication in which fragments of a stream are quoted to develop or emphasise an idea, such as the elements that characterise Twitch’s broadcasts (chat interactions, donations, subscriptions, etc.).

Works published by the press

Regarding the exception on works published by the press (art. 33.1 TRLPI), unlike quotation, rights holders can oppose third-parties making use of this exception by making an express reservation of rights and, if they do not do so, they will be entitled to receive remuneration. This exception allows a media outlet to reproduce, distribute and communicate to the public works that refer to current topics, and which have been previously disseminated by other media.

Therefore, under the above premises, a work broadcast on Twitch could be reproduced in other media, but – here comes the crux of the matter – as long as the work has an informative purpose, namely, to report on current topics that generate social interest, excluding from the works contained within the exception – the purpose of which is to entertain, such as, video games’ gameplays, conversations with fans, and sporting events. The case “Sé Lo que Hicisteis” decided by the 15th Section of the Barcelona Provincial Court in its Judgment No. 118/2010 of 3 May (Roj: SAP B 1799/2010 – ECLI:ES:APB:2010:1799) sheds some light on the matter in deciding that, for a work to be subject to this exception, it is sufficient that the work deals with an event that is current and generates a social interest – even if this is relative (e.g., “gossip journalism”) – and that, even if the copyright holder has not previously stated that they reserve their rights under art. 33.1 TRLPI, they may oppose the applicability of the exception when the person  exploiting the work does not pay the corresponding remuneration. Furthermore, the Court held that the media exploiting another person’s work must do so with an informative purpose, that is to say, to “make known or inform the public about another person’s work“, excluding conduct intended for commercial gain or advantage.

Without prejudice to the foregoing, the Civil Division of the Supreme Court in its Judgment no. 172/2012 of 3 April Roj: STS 3942/2012 – ECLI:ES:TS:2012:3942 considered that art. 40 bis TRLPI could be interpreted as a manifestation of the doctrine of harmless use in the TRLPI, and not a mere closing rule of interpretative value in a negative sense of the exceptions. In this sense, in the words of the Court, the aforementioned provision could be applied in a positive sense to assess whether the conduct infringes copyrights when no exception is applicable. To make such an assessment, it would be necessary to consider whether, in the specific case, the infringing conduct causes harm to the rights holder or hinders the “normal” exploitation of the work.

In principle, given that streams are usually intended to be exploited exclusively on Twitch (sometimes, the same streamers also exploit them concurrently on other digital platforms), and the exploitation is done under certain contractual conditions and with the aim of obtaining specific sources of income from the UGC digital platforms (e.g. exclusivity clauses, monetisation according to the number of views, paid subscriptions, possibility of obtaining donations, etc.), it is difficult to categorise the Conduct as harmless use. However, there are other circumstances that could be assessed, depending on the case, to determine whether Conduct is harmless use of a stream, such as the duration of the content reproduced or the repetition and periodicity of the content.

In conclusion, the content broadcast on Twitch may be subject to copyrights owned by the streamers or content creators. Therefore, in such a case, if a media outlet intends to exploit any Spanish Twitch content, it should negotiate with Twitch or with the streamers themselves the granting of a licence authorising it to do so, unless, in principle and depending on the specific case, any of the copyrights exceptions regulated in articles 31 et seq. of the TRLPI are not applicable.

I am an Intellectual Property/Information Technologies Lawyer with deep interests in films, music, videogames, computers, and all kinds of new disruptive technologies industries. My work mainly consists of litigation in all the core areas of Intellectual Property. The practice areas I deal with are trademarks, industrial designs - both Spanish and European Union- unfair competition, trade secrets, copyright and patents, on which, in addition, I have a particular experience on matters related to standard essential patents (SEPs) of cellular technology (including FRAND licensing negotiation)