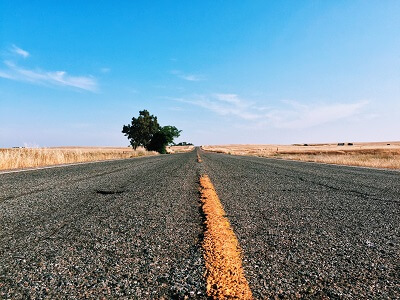 The admissibility of print-outs from the “Wayback Machine – Internet Archive” website (Wayback Evidence) is increasingly being considered by the Federal Court of Australia.  The decision of Justice Burley in Dyno Nobel Inc v Orica Explosives Technology Pty Ltd (No 2) [2019] FCA 1552 on 17 September 2019 provides clear insight to the Court’s approach to Wayback Evidence and the circumstances in which it might be admissible.

The use of Wayback Evidence is particularly relevant for intellectual property disputes, for example, to establish the time periods for use of a trade mark or to glean the common general knowledge at a certain point in time when assessing patent validity.

Dyno Nobel Inc (Dyno) brought proceedings against Orica Explosives Technology Pty Ltd (Orica) seeking to revoke Orica’s patent.  For the purposes of assessing obviousness of the patent, Dyno sought to rely on Wayback Evidence depicting the form of a website operated by Orica at www.i-konsystem.com prior to the patent’s priority date (Ikon Materials).  Such evidence formed part of the affidavit of an employee of the Wayback Machine – Internet Archive (Internet Archive) and was being relied upon by Dyno to establish specific aspects of the common general knowledge at that time.  Orica objected to the admissibility of the Ikon Materials on the basis that they constituted hearsay under the Evidence Act 1995 (Cth) and did not qualify for an exception to the hearsay rule.

Were the Ikon Materials “business records” of the Internet Archive?

Put shortly, the section 69 of the Evidence Act exception provides that the hearsay rule does not, in certain circumstances, apply to a previous representation recorded in a document that forms part of the records kept by an organisation in the course of, or for the purposes of, a business.

The Court distinguished between documents created to be sold as part of a business (for example, books and newspapers) from those kept in the course of, or for the purposes of, the business and which typically record the internal business activities themselves (for example financial records or internal marketing plans).  The Court reinforced that it is the latter which constitutes a “business record” for the purposes of section 69 of the Evidence Act.

It was held that given the Internet Archive operates the business of collecting and maintaining a digital archive of websites, the Ikon Materials (being no more than print-outs of certain archived web pages) comprise the output of the business itself – they do not satisfy the concept of an internal “business record”.

Was the Court able to waive the hearsay rule?

Under section 190 of the Evidence Act, the Court may order that certain rules of evidence, including hearsay, do not apply if the matter to which the evidence relates is not in dispute or the application of such rules would cause unnecessary expense or delay.  In ordering such waiver, the Court may take into account various matters, for example, the importance of the evidence to the proceeding and its probative value.

The Court ordered that the hearsay rule be waived on the basis that the Ikon Materials were relevant, probative and there was a public interest in admitting such evidence in patent validity proceedings.  The Court was particularly compelled by the fact that Orica did not advance an argument about the correctness of the Ikon Materials in circumstances where it must have been aware of any such issues, had they existed.

The Ikon Materials were ultimately admitted into evidence, subject to a limitation that they only be used to prove the availability of the website and of the contents on certain web pages at particular points in time – such use does not extend to proving the truth of any fact represented on the certain web pages.

Tagged with: Dyno, evidence, Evidence of Use, Orica, Registrability

Angelica has both transactional and litigation experience in relation to a diverse range of clients.