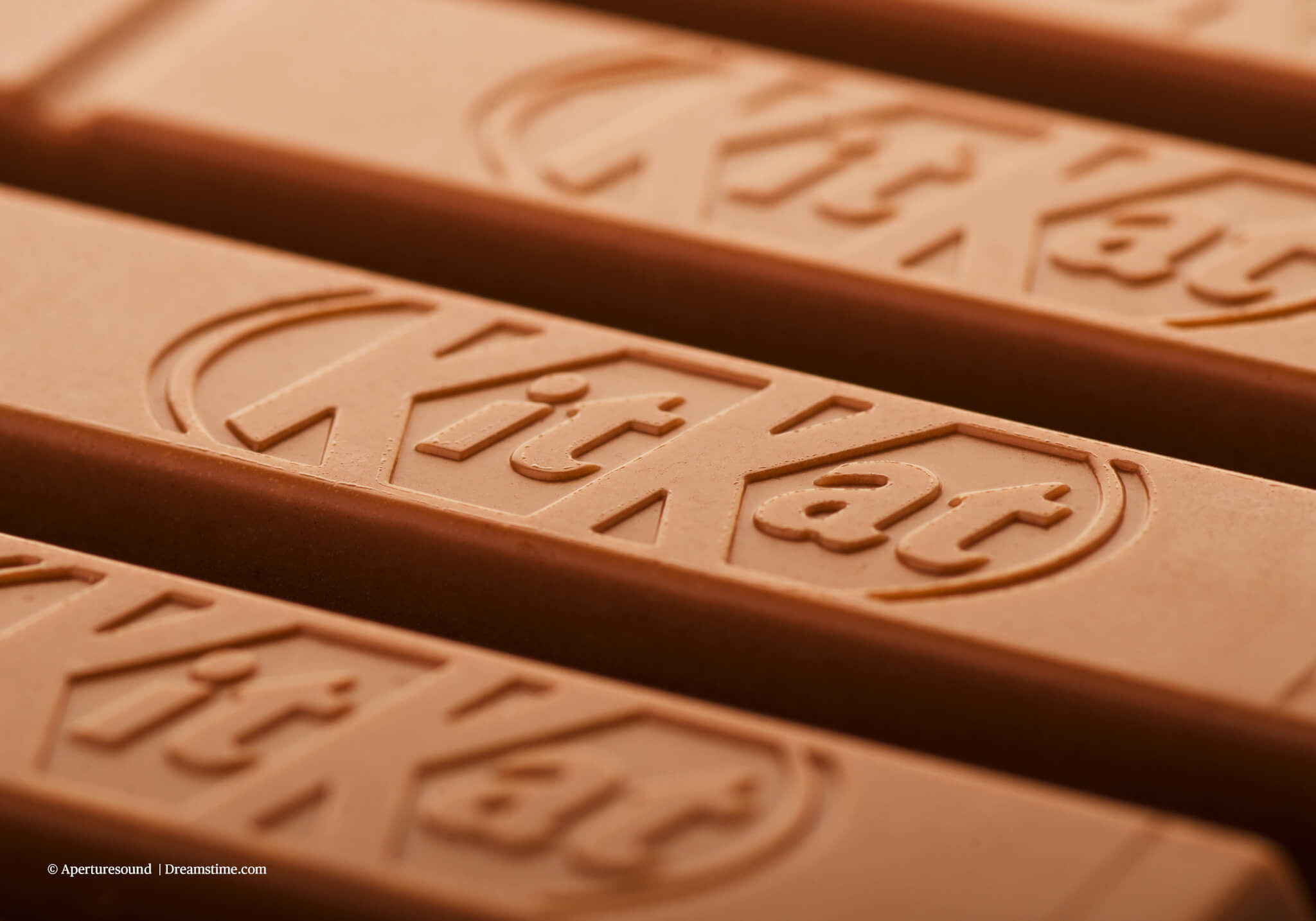 On 25 July 2018, the CJEU gave judgment in relation to a long-running attempt by Nestlé to obtain trade mark protection across the EU for the shape of its well-known 4-Finger KitKat bar. The judgment is an important one as it addresses the issue of “distinctive character” and, more specifically, what level of proof is required to establish that a shape which is devoid of distinctive character has become distinctive through use.

By way of recap, back in 2002, Nestlé applied to what was then the Office for Harmonisation in the Internal Market (OHIM), now the European Union Intellectual Property Office (EUIPO), to register as a EUTM the 3D shape of its “four trapezoidal bars aligned on a rectangular base” (also known as a 4-Finger KitKat): The mark was granted in 2006 in relation to goods in class 30, namely “sweets; bakery products, pastries, biscuits; cakes, waffles.” In 2007, Cadbury Schweppes (now Mondelez) applied to invalidate the mark on the basis that it lacked distinctive character.

The CJEU dismissed the appeals. It held that Mondelez’s appeal was inadmissible as it only appealed certain grounds of the judgment. As regards the Nestlé/EUIPO appeal, the CJEU held that the question to be answered is not whether a non-distinctive mark has come to acquire distinctiveness in a “significant part of the EU”, but whether it has done so in those parts of the EU in which it “did not previously have such character”. Whilst a trade mark owner is not required to submit evidence from every separate Member State in turn, the evidence submitted must nevertheless be sufficient to prove that the sign has acquired distinctiveness in all parts of the EU where it was previously devoid of it, which in practice (as in this case) may mean throughout the EU.

On Nestlé’s point regarding the unitary character of the EUTM, the CJEU stated that this only served to make it clear that, in order to be accepted for registration, a sign must have distinctive character, inherent or acquired through use, throughout the EU, and not just in a significant part of it. The CJEU stated that it is necessary to distinguish between the facts to be proved, namely the acquisition of distinctiveness throughout the EU, and the means used to prove such facts. It is not necessary for separate evidence to be adduced from each individual Member State if evidence from use in one Member State can be used to prove acquisition of distinctiveness in multiple states.

The CJEU gave the example of where companies may group several Member States together in the same distribution network and treat those Member States as the same market, e.g. in a multinational marketing strategy. In such circumstances, the evidence for the use of a mark within such a multinational market is likely to be relevant for all the Member States concerned. The CJEU’s home state of Luxembourg for example is (in this case as in many others), likely to be covered by evidence adduced in relation to the other Benelux countries, Germany and/or France.

With the appeal dismissed and the General Court’s decision upheld, the case now goes back to the EUIPO to reconsider their original decision as to whether the mark is valid.

Mondelez, which through its subsidiary Kraft Foods Schweiz Holding GmbH is itself the proud owner of a 3D shape EUTM for its Toblerone prism structure, naturally welcomed the decision. For Nestlé, it represents a defeat in the ongoing IP war between the two rivals; Nestlé has previously blocked Cadbury’s attempt to protect the purple shade it uses for its chocolate wrappers.

The requirement that distinctiveness has to be evidenced throughout the EU is a heavy burden and will come as unwelcome news to brand owners.  It is some small comfort that evidence from multinational marketing strategies can be used to adduce evidence in relation to multiple Member States, but the burden now is even greater than that facing Nestlé, with the number of EU Member States having almost doubled since 2002.

The parties will now await the decision of the EUIPO on whether the mark is valid. Although this ruling does not affect Nestlé’s ability to sell its KitKat bars or maintain protection for its rights to the name, logo and packaging of its products across the EU, if Nestlé loses its EUTM registration, this could encourage more confectioners and supermarkets to launch their own take on the 4-finger chocolate bar. This could perhaps mean alternatives such as the Norwegian Kvikk Lunsj, (“quick lunch”) – itself owned by Mondelez – coming to a store near you.