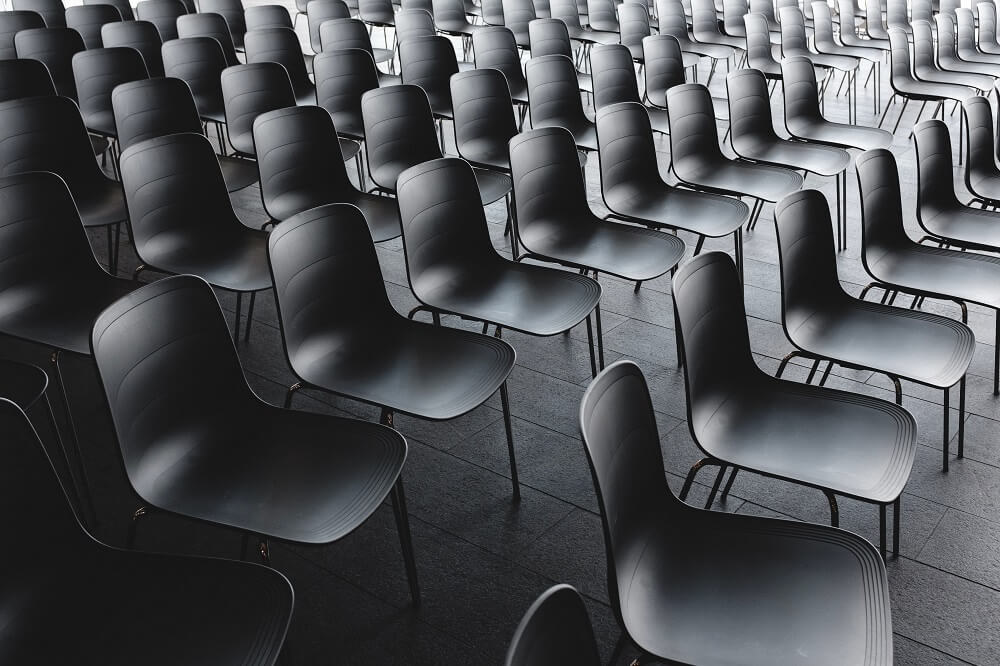 A trade mark is a sign (such as a word, phrase or logo) that helps consumers identify the origin of a product or service. A registered trade mark allows its owner to make use of that trade mark to the exclusion of third parties.

Event organisers spend a lot of time, resources and effort into organising and planning an event, whether that be a conference, trade show, exhibition, seminar, gala, festival, sporting event, music event, or any other event for that matter.

The attractive force of an event for those attending often lies both with the event itself and the company or individual who has organised it. It is therefore important for event organisers to consider trade mark protection, so that attempts by third parties to take advantage of an event’s attractive force (e.g. by using the same event name or logo) can be stopped effectively.

Before applying for a trade mark for an event name and/or logo, there are 5 important factors to be taken into account.

Before a trade mark is applied for, it is important that clearance searches are conducted to asses if there are any potential third parties with prior rights for that mark or a similar mark for identical/similar goods or services.

For example, if an event organiser was to apply for (for want of a fictitious example) the mark ‘The Authentic Electric Guitar Exhibition’ forguitar exhibitions in the UK, but there was a trade mark for ‘The Authentic Guitar’ which had been registered and used in the UK since 1966 for the organisation of musical events; this could present an issue.

Though, if longstanding use and co-existence without confusion can be demonstrated, the event organiser would have a potential defence against an opposition from such a third party.

As mentioned, a trade mark helps consumers identify the origin of a good or a service, therefore under trade mark law (in the UK and around the world) a mark which is descriptive or non-distinctive in relation to the goods and services applied for cannot be registered as a trade mark, unless it is proven that it has “acquired distinctiveness”.

Very often an event name is intended to make it very clear to attendees what the event relates to and as a result they are usually descriptive in nature. For example it can almost certainly be concluded that the event ‘The Authentic Electric Guitar Exhibition’, relates to an exhibition of electric guitars.

However, if a trade mark application was to be filed for the mark ‘The Authentic Electric Guitar Exhibition’ in the UK or elsewhere for the organisation of guitar exhibitions, it is very likely an objection based on non-distinctiveness/descriptiveness will be raised by the Intellectual Property Registry.

This is a stumbling block that is very hard to overcome, and event organisers should steer clear of descriptive marks if they are seeking registered protection, unless “acquired distinctiveness” can be proved.

Another potential alternative of avoiding this objection would be to apply for a highly stylised logo where the word element for ‘The Authentic Electric Guitar Exhibition’ is not a dominant part of the logo or not seen at all!

Acquired distinctiveness serves as an exception to the rule that a trade mark application must be rejected if it is descriptive, devoid of distinctive character or is exclusively an indication which has become customary in ordinary language or conventional trade practices.

It means that although a trade mark does not in and of itself have distinctiveness with regard to the goods and services covered, through use of that mark in the marketplace the relevant public view that mark as clearly indicating its origin for the relevant goods/services.

If, for example, our fictitious event ‘The Authentic Electric Guitar Exhibition’ was:

a. heavily promoted in the UK;

b. well-known throughout the UK;

c. attended by a large amount of individuals;

e. a long-standing event that had occurred once a year since 2010,

if the event organiser was able to produce sufficient evidence of points a-e above, they could file submissions to potentially overturn a descriptiveness/non-distinctiveness objection.

When applying for a trade mark, an applicant must provide the mark, the goods/services for which the mark is to cover and also the territory for protection.

For events, the primary territory will most likely be the jurisdiction where the event is to be held. However, if the event is held in a number of countries and heavily promoted in others; the event organiser should consider applying for the mark in these jurisdictions also.

Let’s go back to our fictitious example, ‘The Authentic Electric Guitar Exhibition’. If this exhibition, although currently hosted in London once a year, was to be hosted in the UAE in 2022 and in the USA in 2024, obtaining trade mark registrations in these countries would be important. If the London, UAE and USA events were heavily promoted to the public in China, trade mark registration in China would also be worthwhile.

Essentially, any country where the event has a major interest and where sufficient use of the mark can be shown, trade mark registration should be considered.

5. Regularity of the Event

If an event was a one-off event, was not a major driver of revenue for an event organiser and its name or logo was highly descriptive, it may not be in the interest of the organiser to file a trade mark application.

Although unregistered use is not the strongest of rights and enforcement can be particularly difficult, it would be very unlikely a non-distinctiveness/descriptiveness objection could be overcome for a new descriptive event name. The additional fact that the event is a one-off will mean it may not be cost effective to obtain registered protection.

A registered trade mark can be renewed every 10 years in the UK (and in many other jurisdictions).

If our fictitious event ‘The Authentic Electric Guitar Exhibition’ had:

b. been duly registered in the relevant countries; and

c. consisted of a series of events which occurred over a certain amount of time,

if the series of events were to exist or have commercial importance beyond the trade mark validity period, a renewal of that trade mark should be considered.

Many a time events are named after the specific number in the series of events it relates to (e.g. ‘The Authentic Electric Guitar Exhibition 2nd Anniversary‘). Rather than registering the specific series element ‘2nd Anniversary’ in a new trade mark application, it may be sufficient for the event organiser to rely on their rights without this specific series element for protection.

However, any additional elements used with the mark, whether that be in a stylised or word mark, must not be different to the mark as registered to the extent that the distinctive character of the mark is changed. The registered mark will not protect such variations.

Event organisers ought to have a strategy in place to protect trade marks which arise from their events. While in some cases registered protection may not be possible or ideal due to lack of distinctiveness or descriptiveness, there are situations where registration is still possible – whether that is through adopting a distinctive mark or by proving acquired distinctiveness.

The power of a registered trade mark should not be underestimated by event organises, as it provides monopoly rights for use of that mark to the exclusion of others. Particularly with more events moving online and available to a vast amount of individuals due to covid-19 and technological advances, trade mark protection cannot be ignored. The time for event organisers to act is now.

Where possible, IP specialists should be involved at the early stages of trade mark strategy planning.

I am an associate in our Intellectual Property department, specialising in brand management with a particular focus on trade marks and designs.