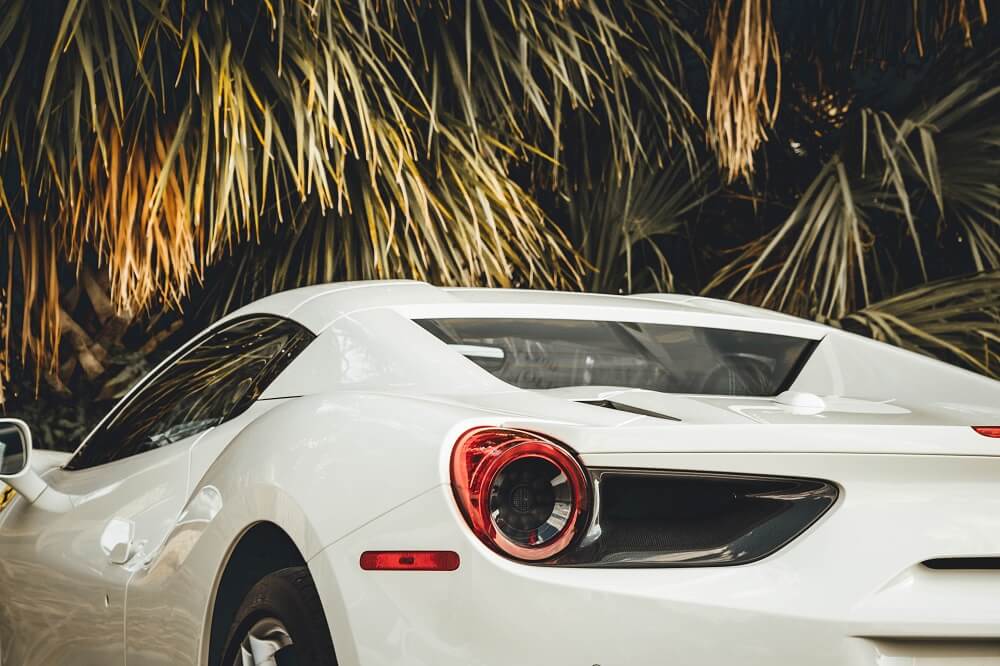 Good news for Sonny Crockett and Miami Vice: There is a future for (white) Ferrari Testarossas!

On 22 October 2020, the CJEU held in the “Ferrari Testarossa” case that genuine use of a trade mark can be supported by the sale of used products bearing the mark or services directly connected with the goods previously sold

There were two requests for a preliminary ruling from the Higher Regional Court of Düsseldorf in invalidity proceedings concerning the famous Italian car manufacturer Ferrari’s trade mark (the “Mark”):

Ferrari registered the Mark as an international trade mark with WIPO in 1987 and obtained a separate German trade mark registration in 1990 for, amongst others, “Vehicles; apparatus for locomotion by land, air or water, in particular motor cars and parts thereof” in class 12. At the same time, Ferrari’s legendary Testarossa sports car became extremely popular, particularly as Sonny Crockett used this car in the famous ‘80s TV series Miami Vice.

So, it was a real blow to Miami Vice fans (including the author of this article), when the Regional Court of Düsseldorf ordered the cancellation of the Mark on grounds of revocation for non-use.

Ferrari appealed this decision before the Higher Regional Court of Düsseldorf, which referred the case to the CJEU. It is worth noting, Ferrari sold a sports car model under ‘Testarossa” between 1984 and 1991, after which it used the Mark to identify replacement and accessory parts or offer maintenance services for the high-priced luxury sports cars previously sold.

The CJEU was asked to answer the following questions:

The CJEU answers both questions in the affirmative, unless it is apparent from the relevant facts and evidence that a consumer who wishes to purchase those products will perceive them as an independent subcategory of the category of products for which the mark was registered.

According to the CJEU such use can be genuine if the proprietor does not use the mark for new products, but makes actual use of the same mark for component parts that are integral to the make-up or structure of such products, or for goods or services directly connected with the products previously sold.

A consumer who wishes to purchase a product or service in a homogeneous category of products, within which it is not possible to make any significant subdivisions, will associate all the products belonging to that category with the mark registered. In such a case it will be sufficient for the trade mark proprietor to adduce proof of genuine use of their mark in relation to some of the products (e.g. sports cars) in that homogeneous category (e.g. motor cars). If, however, a subdivision into several independent subcategories is possible, the trade mark proprietor will need to adduce proof of genuine use of his mark for each of these subcategories. In this regard the CJEU states – and Sonny Crockett would have surely agreed – that high-performance cars are capable, like any other car, of transporting people and their personal effects by road.

Moreover, actual use of a trade mark for services which are directly connected with goods previously sold, and intended to meet the needs of customers of those goods, is capable of constituting ‘genuine use’.

2. Does the sale of used goods which have already been released onto the market by the trade mark proprietor in the European Economic Area (EEA) constitute genuine use of the trade mark?

According to the CJEU, a trade mark does not entitle the proprietor to prohibit its use in relation to goods which have already been put on the market in the EEA under that trade mark by the proprietor or with his consent (so called exhaustion of the rights conferred by a trade).

3. On whom rests the burden of proof that a trade mark has been put to genuine use?

It rests with the proprietor of the trade mark and not, for example, with the applicant of a cancellation/revocation action. The proprietor is best placed to adduce evidence in support of the assertion that their mark has been put to genuine use. General principles of civil procedure applicable in the Member States will not differ since the question of non-use of a trade mark is not a matter of national law.

In summary, the CJEU’s judgment is positive for trade mark proprietors and gives guidance on the genuine use requirement.

Firstly, for trade mark proprietors it is good news that genuine use of a trade mark can be supported by the sale of used products bearing the mark or services directly connected with the goods previously sold. However, this can only be relied on by the trade mark proprietor where they have put the products on the market as second hand goods under the same trade mark.

Now, the battle will continue before the Higher Regional Court Düsseldorf and it remains to be seen if Sonny Crockett will be allowed to keep his white Ferrari Testarossa…