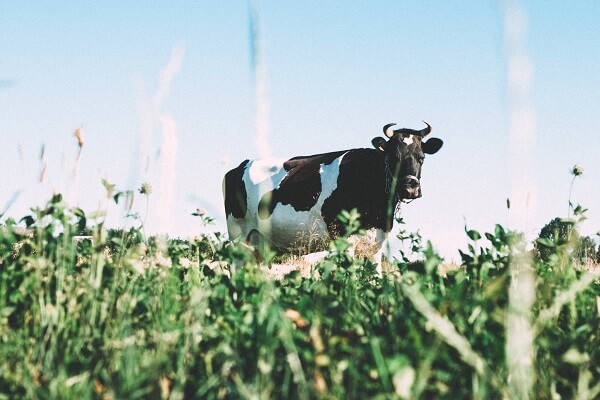 The dairy industry in many Western countries has responded to the rise in non-dairy products (soy, nuts, coconut, oats and rice) by calling on various governments to regulate the use of the word “milk” on product labelling.  In July 2019, Australian Dairy Farmers (the advocacy body for dairy farmers in Australia) launched a campaign calling on the federal government to change the Food Standards Code  to prevent plant-based products from using the term “milk” in their labelling and marketing.

In a recent Trade Marks Office decision, a Hearing Officer weighed into this debate by determining that a consumer, when seeing the mark “GROWING MILK SINCE 1940” on plant-based products, would not regard the mark as referring to dairy milk.  But this may just be the beginning…

On 25 September 2017 Vitasoy filed an application to register “GROWING MILK SINCE 1940” in Australia in relation to almond and soy milk products, beverages made from cereals and rice and fruit drinks (among other non-dairy goods).

New Zealand-based company Fonterra which produces and exports dairy products, opposed the application on three grounds, of which two grounds were pressed at hearing, namely that:

What passes as “milk” these days?

The evidence submitted by the parties highlights the inconsistencies across the board as to the connotations arising from the word “milk”.

Fonterra provided evidence that the use of “milk” and other dairy terms are tightly regulated in order to maintain certain standards and the integrity of Australian exports.  Fonterra’s submissions also referred to the definition of “milk” in the Food Standards Code, i.e. “relating to the mammary secretion of milking animals” (a definition which is also adopted by the World Health Organisation and Food and Agriculture Organisation in the International standards for health protection and food trade), and the statement that food that is sold as “milk” must be milk.

Vitasoy’s evidence highlighted definitions from the Macquarie and Oxford English Dictionaries and Wikipedia that were more expansive.  Vitasoy also referred to a television commercial in which non-dairy products were advertised under the mark.  Although the television commercial was the subject of a complaint to the Australian Advertising Standards Board (ASB) over whether Vitasoy could use “milk” to describe soy milk, in 2017 the ASB held that most members of the community would recognise and accept plant-based milk products as “milk” and determined that the television commercial did not breach the Food Standards Code.

Why non-dairy products and “milk” should not mix

One of the important issues in Fonterra’s submissions was that milk and non-dairy products have a significantly different nutritional profile.  It submitted that soy-drinks are only recommended for infants in limited circumstances and other consumers may be allergic or have intolerance for either milk or soy drinks.  Fonterra argued that there are important medical and logical reasons for clear labelling that assists consumer decision-making.

While the Hearing Officer accepted that there are nutritional differences between dairy milk and the Vitasoy goods, and that consumers’ purchasing decisions may be driven by medical or other factors, these matters were not relevant to the question of what connotation arises from “milk” (and whether it would cause confusion).

In rejecting Fonterra’s submissions on the connotation of “milk”, the Hearing Officer considered:

The Hearing Officer noted that Vitasoy had traded in Australia since 1977, and having regard to the various meanings of “milk” as defined in dictionaries and the practices of both plant-based milk producers and food and beverage retailers in describing plant-based milks as “milks” (albeit with common descriptors such as soy milk or rice milk), held that consumers are aware that there are various plant based beverages that are often described as “milk”.

Further, while the trade mark does not contain common descriptors such as “soy” or “rice”, the Hearing Officer took the view that consumers are likely to be aware that dairy milk is not “grown”.  Rather it is milked from a cow that is raised or bred.

As this is a first instance decision which may be the subject of an appeal, the issue as to whether “milk” is commonly understood by consumers to encompass non-dairy products remains uncertain.  Importantly, this decision is not binding on any Court in Australia. Given the broader context in which this debate is brewing, clear product labelling is to be encouraged as the favorable and preferred option.  As consumers become increasingly interested in the origin of products, this approach should be adopted as best-practice.