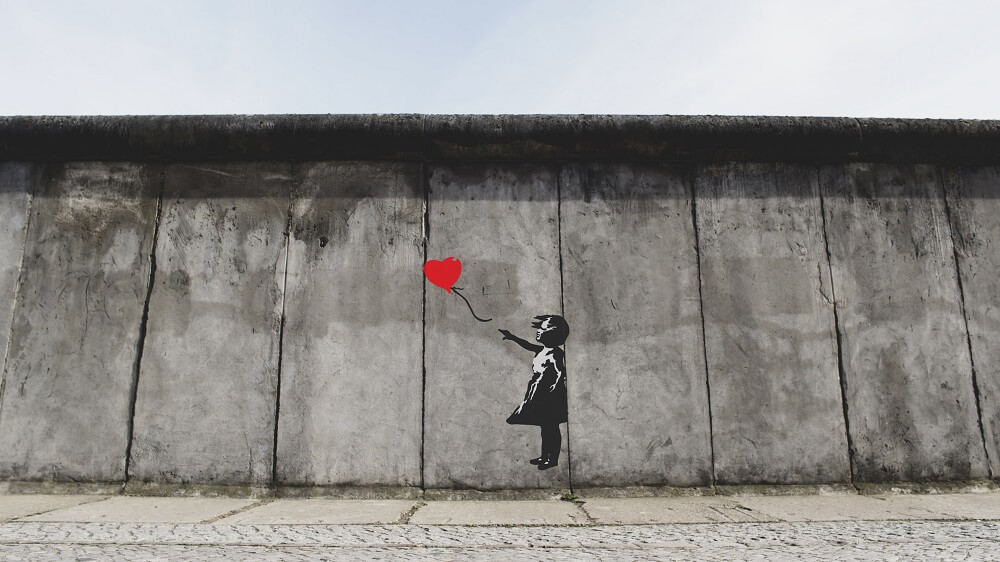 Sometimes different IP rights go together and even overlap to some extent, like the law of copyright and trade marks. This was one of the issues in the recent case of Banksy, the artist associated with provocative street art, who prefers not to reveal him/herself nor claim their author’s rights in their well-known artworks.

As far as the case at hand is concerned, at the end of 2018 the company which authenticates Banksy’s works, Pest Control Office, sued the Italian company 24 Ore Cultura who had organized “The art of Banksy. A visual protest” exhibition for the Mudec Museum in Milan. For the purposes of this article, we will focus on the trade mark infringement claim in relation to the word mark BANKSY and the figurative trade marks representing the Girl with Balloon and Rage, the Flower Thrower (both shown below)

The name of the artist and his/her best-known pieces were used by the organizers both in the advertising communications and for the merchandising sold at the exhibition.

Pest Control Office brought legal action before the Court of Milan to obtain a preliminary injunction against 24 Ore Cultura for the withdrawal of all the merchandising from the market, claiming trade mark infringement as well as unfair competition and copyright infringement for the use of the trade marks in the advertising materials.

The Court partially upheld the claims of the applicant. The Court deemed the use of the word mark ‘BANKSY’ and the figurative signs “in the context of communicating the content of the exhibition” to be descriptive and, therefore, non-infringing. However, the use of the trade marks for merchandising, which was not specifically in connection with the exhibition, was found to be infringing.

For the sake of completeness, the Court found there were insufficient elements to determine whether the applicant was entitled to enforce Banksy’s right of reproduction. On this basis, the Court dismissed the claims based on copyright infringement and unfair competition but granted the injunction for the merchandising based on the infringement of the word mark Banksy.

However, even though the copyright and unfair competition claims were dismissed due to Pest Control Office’s inability to enforce Banksy’s rights, the Court did state that the inclusion of the reproductions of Girl with Balloon and Rage, the Flower Thrower in the exhibition’s catalogue would constitute copyright infringement.

It now seems that Banksy is taking a new stance in its policing of IP infringement in relation to the unauthorized exploitation and copying of his/her art. In fact, the unrevealed artist used to tolerate these kinds of practices. If Banksy intends to enforce his/her trade mark rights and to avoid cancellation of the trade marks for non-use, he/she needs to start using them more for commercial purposes.