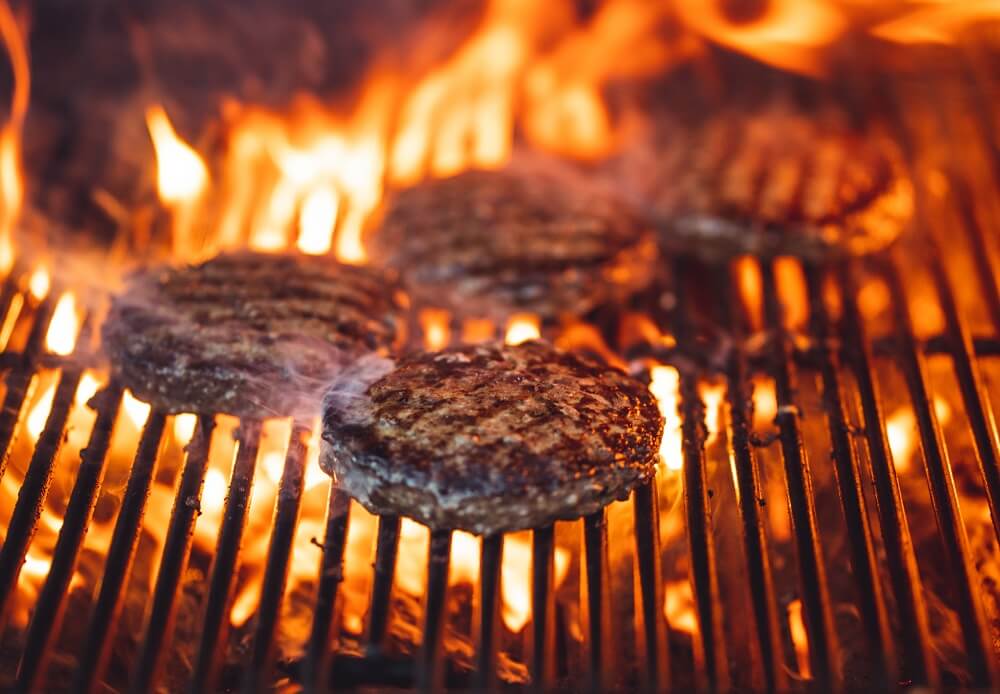 When it comes to branding, there is often a very fine line between inspiration and appropriation.  This was “the question at the heart of the dispute” in a recent case before her Honour, Justice Katzmann of the Australian Federal Court.

Despite the claim that they were inspired by an American burger chain and wanted to bring a similar concept to Australia, Hashtag Burgers and its directors who were behind the Down N’ Out burger restaurants in Sydney, were found to have infringed In-N-Out Burgers Inc.’s  trade marks, passed the Down N’ Out restaurants off as In-N-Out restaurants and contravened the Australian Consumer Law by engaging in misleading or deceptive conduct.

In-N-Out Burgers is an American corporation which, for many years, has owned and operated numerous burger restaurants in the United States and periodically, has staged “pop-up” events in other countries including Australia. In-N-Out owns six registered trade marks, including three composite and one word mark for “IN-N-OUT BURGER” (In-N-Out Marks) which have been used prominently in advertising and promoting goods and services across the world (including Australia).

In June 2015 (following the fourth pop-up event held by In-N-Out in Australia), Benjamin Kagan and Andrew Saliba held a pop up burger event which they promoted under the mark “Funk n Burgers”.  Clearly inspired by In-N-Out’s branding, Mr Saliba asked a graphics designer to make “a funk n burgers sign like in n out burger” and emailed him a copy of the In-N-Out logo.  Following the success of that event, Kagan sent a media release to a number of organisations entitled “Sydney’s Answer to In-N-Out Burgers Has Finally Arrived!”  It’s perhaps no surprise that their activities were on In-N-Out’s radar…

In 2016, Hashtag Burgers Pty Ltd (established by Mr Kagan and Mr Saliba) commenced operating burger restaurants around Sydney under the mark “Down-N-Out” and variants of that mark (Down-N-Out Marks) (shown below):

This prompted In-N-Out to write a letter to Hashtag Burgers, requesting that they stop using the Down-N-Out Marks and to select a different name and logo which would sufficiently distinguish their business from In-N-Out’s business so as to avoid confusion.  Despite incremental changes being made to the Down-N-Out Marks, In-N-Out claimed they were insufficient.

In a pickle for trade mark infringement

One of the issues before the Court was whether the Down-N-Out Marks were deceptively similar to the In-N-Out Marks, and therefore infringed those marks.

The respondents submitted that the Down-N-Out Marks did not convey the same idea or impression as the In-N-Out Marks. They argued that the impression conveyed by the phrase “Down n’ Out” was one of pitiful hardship whereas “In-n-Out” connoted rapid inward and outward movement or participating in a particular job or investment for a short time and then getting out.

Her Honour found that whilst the use of “Down n’ Out” and “In-N-Out” could have different connotations, those connotations were context-driven.  The terms “in”, “out”, and “down” are all directional and in the context of the respective marks which in many instances contained an arrow, at least some people would understand the Down-N-Out Marks to convey a similar idea to the In-N-Out Marks, i.e. in “down the stairs and into the bar” (consistent with the first location of the Down-N-Out pop up restaurant).

The respondents also argued that the Down-N-Out Marks were visually different, e.g. the use of the hashtag in place of the “O” in DOWN which the respondents stated required the viewer to “pause and interpret” the sign.

Justice Katzmann however, found that on a comparison of marks, there were more visual (and aural) similarities than differences between the respective marks.

The respondents further claimed that the essential features of the competing marks are different. They argued that the essential feature of the IN-N-OUT BURGER word mark is the phrase “In N Out”, not the “N-Out” or the use of hyphens. Justice Katzmann disagreed and found that “N-Out” is an essential ingredient of all the In-N-Out Marks. She referred to the case of Soap & Glory Ltd v Boi Trading Co Ltd (2014) 107 IPR 574 where it was similarly held that “& GLORY” was an essential or distinguishing feature of the mark “SOAP & GLORY”.

Finally, the respondents submitted that although In-N-Out relied on comments from social media pages associated with Down N’ Out and In-N-Out to establish actual confusion, if not deception, no witnesses were called to give evidence that they were confused.

Justice Katzmann emphasised that it is not necessary to adduce evidence that anyone was in fact deceived or confused as the test to determine the likelihood of deception or confusion is an objective one. However, in the absence of evidence of context and without being able to identify or get evidence from the people who posted the social media comments, it was difficult to put a great deal of weight on any of the social media comments as it is impossible to know what factors the posters took into account. Further, whilst the social media comments showed some consumer confusion, the number of comments was proportionally small compared to the total number of comments across the respondents’ social media platforms and during the period which the Down-N-Out marks have been in use.

However, the evidence did point to the fact that some people did wonder about the relationship between In-N-Out and Down-N-Out, including after the respondent removed the arrows and hyphens and inserted the hashtag. Importantly, her Honour pointed out that neither Mr Kagan nor Mr Saliba saw fit to answer the questions raised by the social media comments or dispel the possibility of confusion, let alone take steps to remove them. Her Honour held that it was reasonable to infer that they were happy to leave the question hanging.

A cheeky choice or a sneaky choice?

In-N-Out Burger successfully established that they had a reputation in Australia.  Well before In-N-Out opened its first pop up in Australia, numerous articles had been published in the Australian media about its burgers. Such articles included the recommendation that Australian travellers to Los Angeles visit In-N-Out for “a religious experience” to stories about how In-N-Out is the guilty pleasure of athletes and celebrities such as Ian Thorpe, Maria Sharapova and Paris Hilton. More than one Australian newspaper referred to the “cult-like” appeal of In-N-Out. Furthermore, the resounding success of the In-N-Out pop up stores in Sydney, which attracted long queues of hundreds of eager burger lovers and which sold out within hours, was another example of In-N-Out’s reputation “spilling over” into Australia.

This case highlights that overseas companies without a permanent presence in Australia may adduce evidence of overseas reputation as this may be probative in establishing any “spill over” of that reputation into Australia.

There was ample evidence going to the intention of the respondents when deciding on the branding of their business. A key piece of evidence was Hashtag Burger’s media release which featured In-N-Out and not Down N’ Out in the title. The media release also referred to a “simple” menu “similar to the original”, together with “secret menu hacks” such as In-N-Out’s “Animal Style” and “Protein Style”.

Justice Katzmann concluded that the respondent adopted the Down-N-Out name, not to paint a picture of a person down on their luck, but to remind consumers of In-N-Out Burger.  As such, the Court inferred from the evidence that the respondents adopted aspects of In-N-Out’s registered marks in order to capitalise on its reputation. The use of “N-Out”, the choice of font and the selection of the particular colours for the “Down N’ Out” name were designed to mirror In-N-Out’s branding.

In these circumstances, the Court found that the respondent’s choice to call their burger restaurant “DOWN-N-OUT” was likely to confuse, if not deceive, consumers.

I am a junior associate, with experience advising on regulatory and commercial issues, as well as assisting in complex litigation. I have also worked in-house at a FTSE 100 pharmaceutical company.