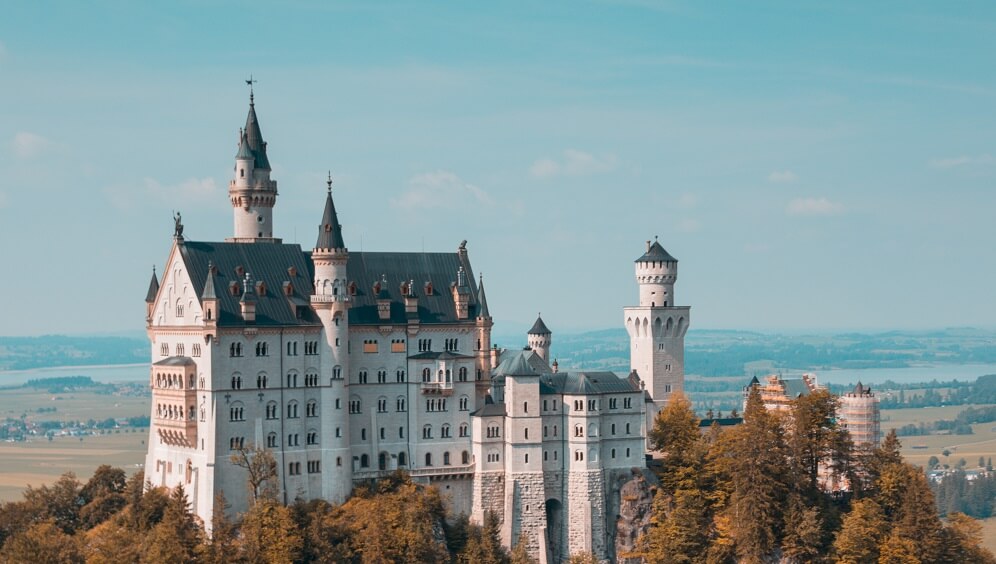 NEUSCHWANSTEIN – Castle, Trade Mark or Both?

The Court of Justice of the European Union (“CJEU”) recently rendered a decision on the registrability of the designation “NEUSCHWANSTEIN” (Case no. C-488/16 P). The CJEU held that “NEUSCHWANSTEIN” – despite being the designation for a famous castle in Bavaria – is not an indication of geographical origin since Neuschwanstein Castle is not a  place where products are manufactured or services are rendered.

Bundesverband Souvenir – Geschenke – Ehrenpreis e.V. had filed a cancellation action against EU trademark “NEUSCHWANSTEIN”, registered for Freistaat Bayern (“Free State of Bavaria”) for various goods and services in classes 3, 8, 14-16, 18, 21, 25, 28, 30, 32-36, 38, and 44, based on lack of distinctive character (Art. 7 para. 1 lit. b) EUTMR) and descriptiveness (Art. 7 para. 1 lit. c) EUTMR). All previous instances had held that the mark “NEUSCHWANSTEIN” was neither lacking distinctiveness nor that it was descriptive.

Decision of the CJEU

The CJEU shared the view that the mark is registrable and not invalid for absolute grounds.

With regard to signs or indications which may serve to designate the geographical origin of goods or services in respect of which registration of the mark is sought, the Court reiterated that it was in the public interest that such remain available, e.g. because they may indicate the quality or other characteristics of the categories of goods in question (cf. CJEU, judgment of 4 May 1999, C‑108/97 and C‑109/97 – Windsurfing Chiemsee). This was different if the relevant public was rather unlikely to assume that the relevant goods originate from the concerned location.

The GC had held that Neuschwanstein was first and foremost a museum and did not mainly serve the manufacture or commercialization of souvenirs or rendering of services. In conclusion, the GC decided that “NEUSCHWANSTEIN” was not an indication of geographical origin. This was confirmed by the CJEU. In particular, it was considered irrelevant that the mark might be used for souvenirs since it was not applied for such goods. Since no Nice classification exists for “souvenirs”, it would have to be assumed that the designation would be used for goods of daily use. The mere fact that the goods concerned could be considered souvenirs by attaching the designation “NEUSCHWANSTEIN” to them did not make the designation descriptive per se. Further, there was no indication that the relevant public would associate a specific quality with the applied for goods and services.

2.      “NEUSCHWANSTEIN” is not an indication of geographical origin, but a distinctive fantasy name. The CJEU came to the conclusion that merely because the goods/services may be offered at a certain location would not make it descriptive of the geographical origin. Neuschwanstein Castle was not known for the souvenirs sold and services offered there, but for its architectural uniqueness. In particular, it was not apparent from the file that the designation “NEUSCHWANSTEIN” was used for souvenirs and services and these goods could also be offered anywhere, not just at the location of the castle. Therefore, it could not be assumed that the relevant public would associate the designation to any quality/characteristic of the applied for goods/services.

Implications of the Decision

The decision could be held to be inconsistent with previous case law, in particular the findings of the CJEU in its “Chiemsee” decision of 1999.

Based on the “Chiemsee” decision the German Federal Supreme Court (“Bundesgerichtshof – BGH”) had even negated distinctive character of the mark “NEUSCHWANSTEIN” for various goods that could be considered gifts and souvenirs (BGH, decision of 08.03.2012, I ZB 13/11 – Neuschwanstein).

Being aware of this decision of the Bundesgerichtshof, the CJEU explicitly remarked that the European and German systems were autonomous, and thus came to the conclusion that there was no direct inconsistency. However, the CJEU also did not expressly take the stand that the Bundesgerichtshof’s decision was incorrect. Rather, both decisions could be reconciled considering that theoretically there might be goods offered under the designation “Neuschwanstein”, which were not souvenirs.

Nevertheless, it remains to be seen whether the courts would come to a finding of infringement if “Neuschwanstein” was used on souvenirs and gift articles.

Yvonne specializes in advising both domestic and international clients in trademark and unfair competition law matters.